Hudson Valley Restaurant Week’s (HVRW) spring season and tenth anniversary kicks off Monday, March 7 and runs to March 20.  Anticipation is already building as the valley’s top chefs and restaurateurs prepare for the region’s ultimate culinary event. The record-breaking list of 235 participating restaurants is now available online.  The list includes more than two dozen restaurants that are to Restaurant Week this year.  The two-week dining event, which is presented by The Valley Table magazine, offers diners the chance to experience the best restaurants in the region at a fraction of the normal price point.

Many Restaurant Week menus will feature innovative use of the Valley’s bounty and ingredients that the region is known for. Guests can expect to sample an abundance of colorful dishes featuring apples, onions, artisanal cheeses, mushrooms and more.

Locally-rooted dishes appear on menus across the region.  See how these 10 leading Hudson Valley chefs and restaurateurs are using 10 distinct Hudson Valley ingredients on their Restaurant Week menus:

1.       APPLES – Featured in Crabtree’s Kittle House’s Long Island Skatewing – Since its 17th Century introduction to the region, the ubiquitous apple has influenced the valley’s economy, history and culture. Today, there are 145 farms that grow apples and produce about six million bushels annually.  More than 500 varieties of apples originated in New York State before the mid-1800s.  The largest cider producer in New York State is located in Orange County in the town of Warwick. Warwick Valley Winery and Distillery produces 100,000 gallons – nearly 50,000 cases – of Doc’s Draft ciders annually.

Chef Jay Lippin of Crabtree’s Kittle House typically gets his apples at JD Farms in Brewster, New York.  Lippin says, “I’ve learned a great deal about the New York State apple and cider industry through the non-for-profit organization Glynwood and their cider initiative. Apples are most commonly considered as an element of dessert, but I like to use them as an accompaniment to a flaky white fish. For spring HVRW, I’m using apples in a twist on the classic grenobloise sauce for our sautéed Long Island Skatewing.”

“For Restaurant Week, we will be using local onions from Guy Jones at Blooming Hill Farm, slathering them with locally-sourced butter and roasting them on high heat, scooping out the inside and making a hash that consists of the inner onion, ancient grains and pickled vegetables. At Restaurant North, we only use onions from the black dirt region of New York.  They are sweet, pungent, incredibly mineral rich and unmatched!”

For Restaurant Week, Cathryn Fadde, Owner of Perch and Cathryn’s Tuscan Grill, will create a venison stew with wild mushrooms and tomato served alongside a toasted baguette, mashed potatoes and roasted brussel sprouts or sautéed kale. Chef Paul Roper of Perch notes, “I have been cooking venison for many years – usually in a professional kitchen, but also at home or with friends and family.  My wife’s family is avid hunters, which gives me opportunities to cook and eat their venison. My favorite preparation of venison is this stew, but the most intriguing was a venison carpaccio with roasted wild mushrooms and horseradish aioli.” 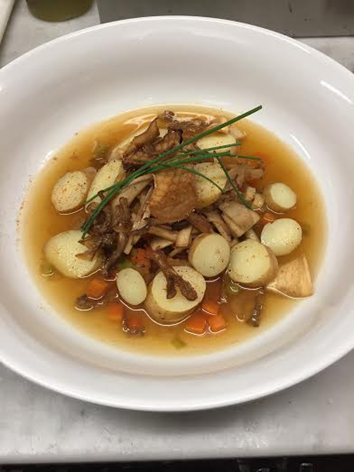 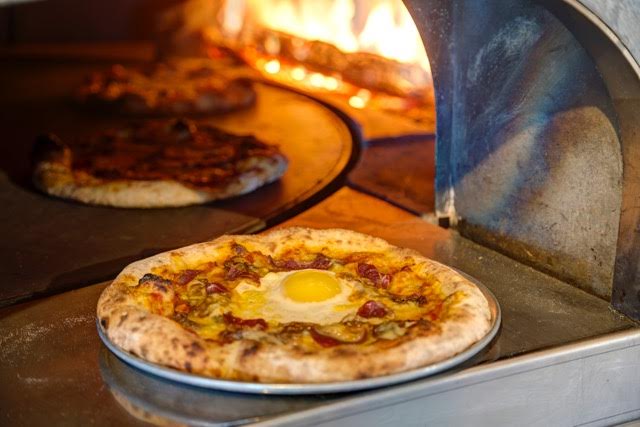 “We at the Clock Tower use Crown Maple in many of our products from cocktails to cooking,” says Parente.  “But the one item that we are most proud of is our Crown Maple cured bacon, which is cured for 10 days and then smoked with apple wood. We use this bacon in many of our dishes, but my favorite is the bacon and egg appetizer – this lets the bacon stand alone in all of its glory seared and served with deviled eggs.  We can’t wait for Restaurant Week diners to try it!” 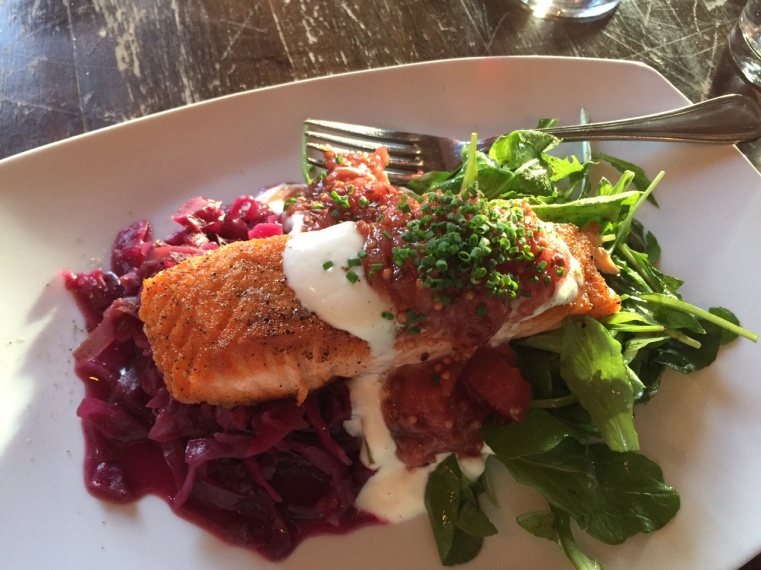 “I love to pair a dollop with a rich fish or at other times, we have made a maple pudding with the yoghurt. We also make Raita to serve with lamb meatballs,” Devereux notes.    They’ll also be serving up a creamy wild hive polenta bowl with wild mushrooms, shallots and garlic.  The dish is made with local finely-milled wild hive polenta. It is cooked long and slowly in Ronnybrook creamline milk, creating a creamy and comforting dish of soft polenta, topped with the earthy flavors of wild mushrooms cooked with butter, shallots and garlic.

Hudson Valley Restaurant Week launched a decade ago by the Valley Table to showcase the area’s vibrant dining scene and also to help reinforce relationships among the chefs and local farmers, winemakers, brewers, distillers, artisanal producers and purveyors. Spanning 114 miles across seven New York State counties, it is geographically one of the largest Restaurant Week events in the nation. During the event, diners can enjoy a three-course lunch for $20.95 or a three-course dinner for $29.95 (tax, drinks and gratuity not included).