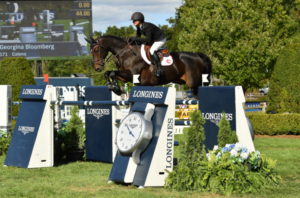 The coveted $204,000 American Gold Cup Grand Prix on Sunday, September 30, is the primary goal. Carrying the prestigious designation of a World Cup Qualifier makes this event most important to the sport and to those athletes in pursuit of making it to the World Cup Finals. The Grand Prix event will be broadcast on NBC Sports. So it’s a BFD!

Celebrating its 48th year the American Gold Cup was founded in 1970 in Cleveland. The event subsequently moved on to Tampa, Philadelphia and eventually its home for more than twenty years at the Devon Horse Show grounds in Devon, PA. The event moved to Old Salem Farm in 2012 after a $30 million dollar improvement project turned the 120-acre property into a first class show facility.

That year, the North American Riders Group voted Old Salem Farm one of the top 25 show venues in North America. Take a cruise on June Road (past the apple orchards on Hardscrabble Road) in North Salem and you can’t miss it on your right. You’ll know right away that this is not just another horse farm. Something big must happen here. It does. 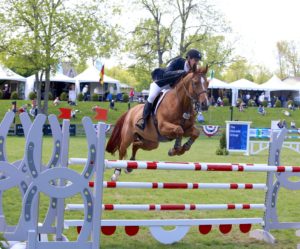 The most extraordinary feature on property is the historic and pristine grass Grand Prix field. Riders celebrate competition on this field and place a high value on successfully navigating the difficult natural and man-made challenges offered including; the bank, grob, ditch, open water, lush oak trees, and rolling terrain.

Old Salem Farm’s show season begins with a two-week show in May. The show season continues in earnest with weekly show from late August right through the American Gold Cup that will be held this year from Wednesday to Sunday, September 26-30. Jumpers start earning prize money on Wednesday but the big money starts flowing on Saturday and Sunday when over $400,000 will be awarded to riders in nine different events.

Saturday, at North Salem’s American Gold Cup, features two rings of competition including the Hermès Sellier Cup that astarts at 11am and the Fidelity Investments® Classic CSI4* that begins at 1pm. On Sunday, there’s a JustWorld Internatioanl Horesless Horse Show open to kids of all ages at 12pm and then the riders compete for the Grand Prix prize, the prestigious Longines FEI World Cup™ Jumping New York CSI4*-W that nets the winner a $204,000 check, beginning at 2pm. Both days, family fun activities begin at 11am. 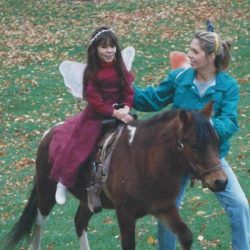 Tickets are just $15-$20 for both days which include thrilling show jumping and a Family Fun Festival including face painting, pony rides, games, food trucks, family activities and shows, food trucks and a boutique vendor village. In the event of rain, the show must go on. However thunder will clear the field until the weather clears. In the event of rain there is covered seating. Prior to the weekend’s highlight events, competition is free to attend and open to the public Wednesday through Friday.

Check this one off your Bucket List and you’ll raise eyebrows in and around town. And it will be give you unparalleled backcountry street cred when you retire to Boca. Start practicing that hairy eyeball now and repeat after me, “Really, you lived in Armonk for 20 years and never made it to the American Gold Cup? Well maybe you’ll get a chance when you head north next summer.” 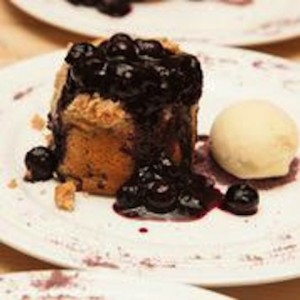 The North Salem horsey set has three go-to dining options. Each has it’s own notoriety that extends beyond the boundaries of the Bedford Riding Lanes Association trails. Purdy’s Farmer and the Fish has a countywide reputation for it’s 18th century farmhouse and unique farm (and sea) to table cuisine. Award-winning Chef Beck Bollender’s fun and appealing Restaurant 121, has established itself as one of northern Westchester’s top American bistros. Vox, is a laid back local favorite with the ambience of a country inn in Bordeaux and great outdoor dining.