Loops have been used in music for a good while. More modern electronic songs use loops more extensively. In simple terms, a loop is a repeated musical pattern in a song that’s continuously being repeated in a track. The technique or pattern ‘loop’ got its name because people had to physically create a loop out of the tap containing music to get it to repeat. The analog process was considerably much harder than its digital counterpart because it required a lot of experience to be able to make it sound good in a multitrack deck. Since the loop isn’t restricted to any certain type of instrument, you can often use digital or analog means to loop anything in a track. But it’s more common to hear drum rhythm loops because they often have the most significant effect.

To help you create a loop in your tracks easily, we’ve created a brief guide.

Looping with Pedals or DAWs

Looping isn’t exclusively defined as one method or range, which is why there is a broad range of products and software that create loops for different types of music. You can use loopers, which are pedals made for acoustic instruments like guitars, to aid in a live performance or rehearsals. Whether you’re using software like DAWs or pedals, looping can help you write a song or come up with a track. After creating a good loop, you can start improvising by experimenting with different kinds of beats and bars to come up with a good jam.

Some live performers use loopers to create a song from scratch all by themselves, leaving a pretty impressive effect on the audience. Some loopers offer special looping capabilities that work with microphones, allowing the performer to not only record instruments but also vocals. If you’re interested in acoustic loopers, try to start with simpler types to master timing first.

Certain genres use loops extensively as a defining characteristic of the track. You’ll find quite often samples looped; sometimes edited and mixed to sound different from the original samples. As mentioned on https://samplified.us/, using high-quality sample packs can help improve your library and production techniques. You’ll often find this in hip-hop, lo-fi, and many other popular genres. It may take some time to master blending the vocals with the sampled loops, especially if the loops have sharp attacks or vocals. It’s possible to loop samples using either hardware or software, depending on your preference and setting.

A very popular technique done by DJs playing live performance is resampling. It may take some time to master but its effect is quite impressive. Resampling means using an older track of yours as a base that you can layer instruments and mixes on. It’s often used as a starting point for a new track after adding drum tracks, atmosphere, and other mixing effects.

The Start and End Points

The most basic and foundational element in creating a loop is defining its parameters accurately and properly. Any loop has a beginning point and an ending point, in which between the musical beats or score can be repeated more than once. Any loop must end at the point right before the beginning of the pattern. This is easier to do digitally with drum rhythms but it’s not that easy to master when you’re looping something else like violins because it will require much more defined timing. Having a loop that feels thrown off when it comes to timing can affect the whole rhythm of the song.

It’s pretty popular to use sharp attacks when you’re creating loops because they are more defined and clear. It will also create the audible effect of a loop instead of being in the background without a clear definition. You’ll observe this most commonly with the downbeat of a kick drum or snares because they have a strong sharp attack on beats. You can also use this to your advantage to easily master the timing because the beginning and ending points will be clear, whether you’re using bars or graphs.

A very common effect you’ll notice many artists using with drum-based loops is the detuning effect. It’s mainly used to avoid boredom from seeping into the track when a loop repeats quite often, which is always the case with most drum loops. A popular tactic is to detune a drum loop around a quarter or half step to produce timbral variance that makes it more interesting when you switch from the intro to verse. Altering the pitch of the loop may shorten the loop, which can cause problems later on if you don’t stretch it back to the original length before you build your workflow around it. 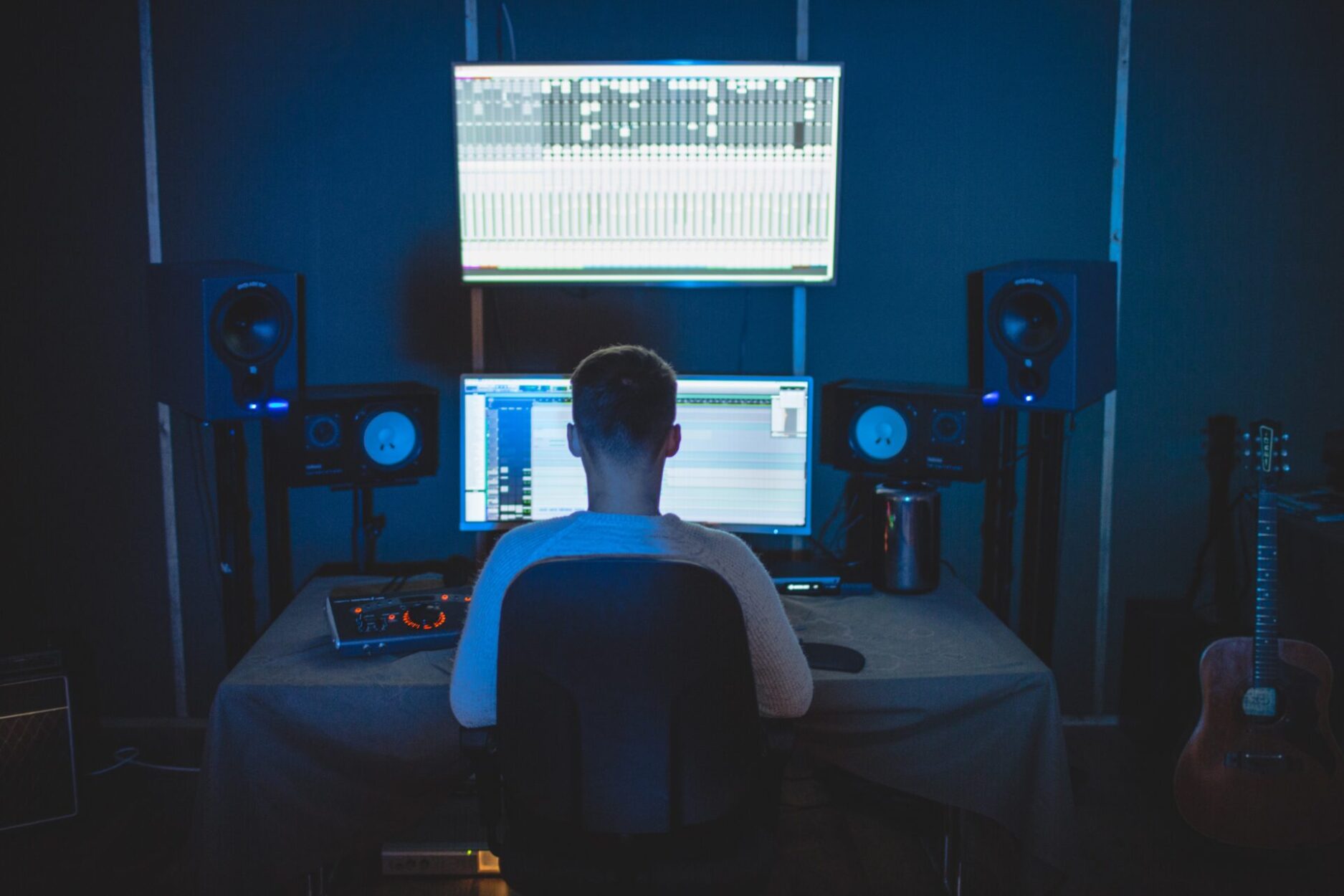 Creating loops in musical tracks is one of the most popular techniques used to create great music patterns and rhythms. There is no standard method that restricts loops to a certain structure, leaving the creator with a lot of room for creativity. Whether you’re using pedals, software, or analog machines, creating loops can be mastered in no time if you put in the effort.