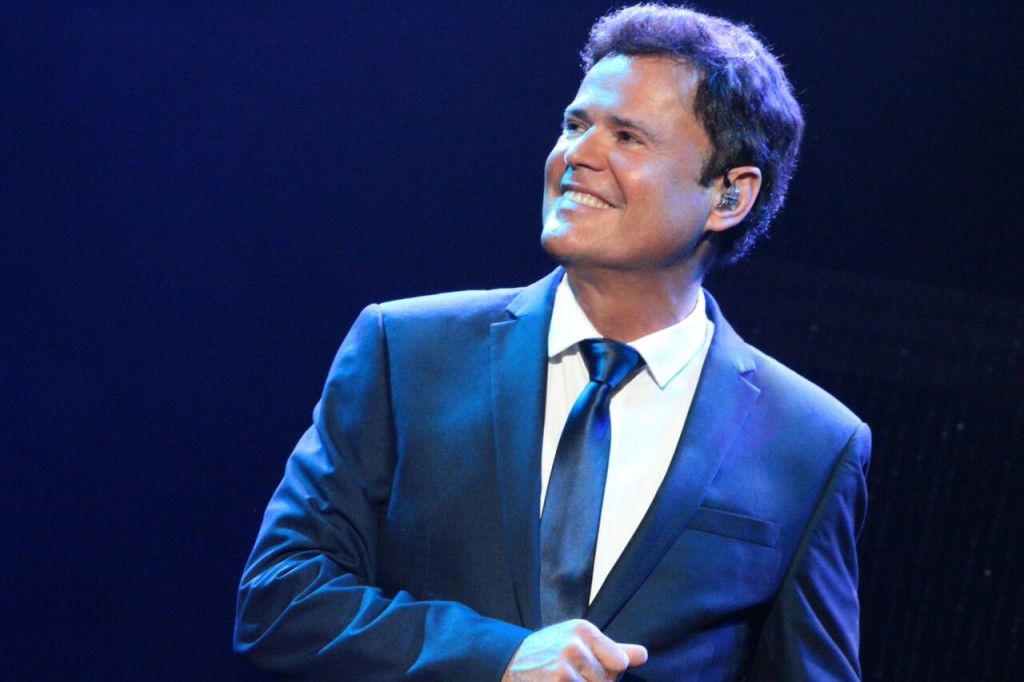 The special event with Donny Osmond at The Ridgefield Playhouse has been moved from Saturday, September 12 at 5:30 p.m. and 8:30 p.m., to Friday, March 11, 2016 at 5:30 p.m. and 8:30 p.m.  This legendary performer will undergo vocal chord surgery in the near future to remove a polyp, and the procedure will prevent him from working temporarily.  Despite his medical condition, the veteran entertainer doesn’t seem to be slowing down one bit and recently released his 60th album, “Soundtrack of My Life.”  Donny Osmond and his brothers gained fame as teen idols with hits such as “Yo-Yo,” “One Bad Apple,” “Down By the Lazy River,” “Puppy Love,” and “Go Away Little Girl.”  This year Donny Osmond celebrates 50 years in show business as acclaimed singer, actor, dancer, and talk show host Donny Osmond.  To celebrate his 50 year milestone he has released his 60th album The Soundtrack of My Life and launched a brand new tour by the same name!  For tickets ($125), call or visit the box office at The Ridgefield Playhouse, (203) 438-5795, or order online at ridgefieldplayhouse.org.