Three headlining comedians take the stage for a great night of stand-up!  After past sold-out shows, Rich Vos is returning to The Ridgefield Playhouse with a brand new cast of hilarious friends!  Comedians Joe List and Rosebud Baker will join Vos for an outdoor show at The Ridgefield Playhouse tent hosted by Ian Lara!  Rich Vos & Friends: A Night of Comedy Headliners, part of the Barts Tree Service Comedy Series, will take place on Sunday, July 11 at 7:30 pm.  From hosting his popular Sirius XM show “My Wife Hates Me” to headlining specials on HBO, Showtime, Comedy Central, and more, Vos kills it on stage and always brings along the best headliners to perform with him. That list includes one of today’s hottest rising comics – Joe List.  His comedy special Joe List: I Hate Myself, premiered on Comedy Central’s YouTube channel in August 2020 and has garnered 4.1 million views since its debut!  For even more laughs, Rosebud Baker takes the stage.  Baker has worked with some of the biggest names in comedy and was selected as New Face of Comedy at Montreal’s prestigious Just For Laughs Comedy Festival 2018.   Make it a great night out with dinner and a show – visit The Hideaway for dinner before or after the show and enjoy a complimentary draft beer or glass of house wine with your entree when you show your ticket.  Media sponsor for the event is 99.1fm WPLR. 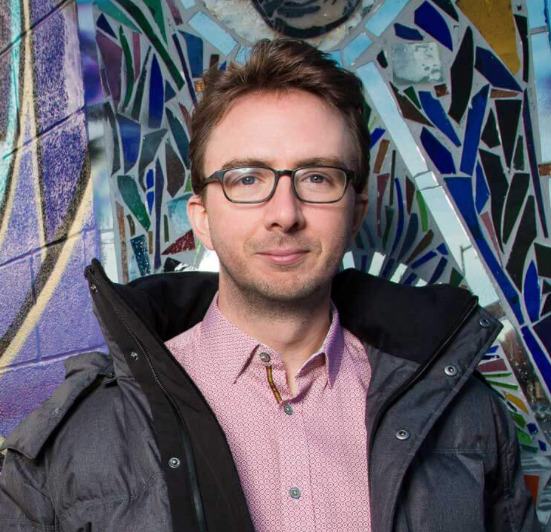 Comedy headliner Joe List began his comedy career in Boston just weeks after graduating from high school in 2000. He has been featured on The Late Show with David Letterman as well as multiple appearances on Conan. He can be seen in Season 2 of the popular Netflix series “The Stand Ups.”  In 2015 List was a finalist on NBC’s Last Comic Standing and had his own Half Hour comedy special on Comedy Central. His albums ‘So Far No Good’ and ‘Are You Mad at Me?’ can be heard regularly on Sirius Radio. List is also the co-host of his own popular weekly podcast ‘Tuesdays with Stories’. When not headlining comedy clubs all over North America, List is a regular at the Comedy Cellar in New York City.

Next up is Rosebud Baker – a fast-rising comedian, actress, and writer.  In 2018, she was selected as the New Face of Comedy at Montreal’s prestigious Just For Laughs Comedy Festival.  Her intensely personal, dry, remorselessly dark brand of humor stood out to viewers in the Amazon Video docu-series “Inside Jokes” which chronicled her journey to becoming a New Face of Comedy.  Rosebud has written for Comedy Central’s “The Roast of Alec Baldwin” and has appeared on Comedy Central Stand-up, Bill Burr’s “The Ringers,” as well as multiple appearances on “This Week at The Comedy Cellar.”  She has toured with some of the biggest names in comedy including Michael Che and Amy Schumer and has performed at comedy festivals like Comedy Central’s Clusterfest and SXSW.  In a never-before-seen trailblazing move, Rosebud hosts a weekly podcast, “Devil’s Advocate with Rosebud Baker through All Things Comedy available on iTunes and Spotify.

Our host for this comedy extravaganza is one of New York City’s hottest rising comics. Every night you can catch Ian Lara performing in some of the best shows in New York, or on the road at a club or college near you. He was the host of the “OUT OF TUNE” music app gameshow, featured in “Variety” and “Cosmopolitan.” Last year he taped a set for “Comedy Central Stand up Featuring” which has garnered more than 10 million views. He made an appearance on “NBC’s Bring the Funny” and made his late-night debut on “The Tonight Show with Jimmy Fallon.” He has been a regular player on “This week at the Comedy Cellar” on Comedy Central and you can catch his short special streaming on HBO Max titled “LA Meets NY.”

Rich Vos has logged four Comedy Central specials and more than 100 television appearances. He has been seen on HBO, HBO Max, Netflix, Showtime and Starz. Rich also produced and starred in the documentary “Women Aren’t Funny,” and appeared in Judd Apatow’s “The King of Staten Island.”  He’s a two-time writer for the Academy Awards.  Rich hosted Woodstock 99, The Virus Tour, and the Washington Monument Drug Awareness Concert. Vos can be heard on numerous top podcasts such as WTF with Marc Maron, The Church of What’s Happening Now with Joe Diaz, and The Joe Rogan Experience. Along with his wife Bonnie McFarlane, Rich has a hit podcast “My Wife Hates Me” that looks inside the marriage and day-to-day life of the two comics. Rich has also been clean and sober for 35 years, leading to performances at countless 12 Step Conventions. He has 6 albums in rotation on Sirius XM. He has the best Roast in the history of Roasts with “The Legendary Roast of the Legendarist Legend Rich Vos” on YouTube.

For more information or to purchase touchless print at home ticket ($40) go online at www.ridgefieldplayhouse.org or, you can visit or call the box office (203) 438-5795.  The Ridgefield Playhouse is a non-profit performing arts center located at 80 East Ridge, parallel to Main Street, Ridgefield, CT and is committed to keeping the arts alive and available to all.