Electric bikes hit the market hard and have only seen an increase in trendiness through 2020. With the many benefits of owning an electric bike, then one may question why they would purchase anything else.

An electric bike is a bike that is powered by a rechargeable battery. This makes it much easier to ride longer distances and much easier to power up a hill. If you are riding around in a city, it also gives you an efficient way to get around town rather-driving a gas-guzzling car. With the growing popularity of electric bikes on the road, cities are starting to plan more bike-friendly paths and roads as well. Going electric is the easiest and quickest way to get from point A to point B when traveling through a city.

Going with an electric bike is also very eco-friendly as it eliminates the need for a car in most types of weather and can still get you from one place to another quickly when traveling around a small town or around a city.

There are many benefits to going electric right now. Listed here are several of the pros for choosing to purchase an electric bicycle:

Unfit people and senior citizens can travel farther than they could before. This gives more people the ability to bicycle around town or through a city than ever before and isn’t just limited to those in great physical condition.

With new technology, the weight of the batteries used on newer electric bikes is much lighter than ever before. This is great if you want to also pedal on your own without the added assistance of the battery at times. If your battery runs out, then you can still pedal yourself home or to work with a lighter electric bike than what was on the market before 2020.

You can avoid traffic when traveling on a bike path and can get to work much faster than when sitting in a traffic jam. This gives you a more scenic route as well and you can connect more with nature while you are cruising around on your electric bike.

You don’t have to worry about what to do if the battery runs out as you still have the option to cycle! Also, if you want more of a workout, then you can alternate between cycling and having the battery to assist you. The battery is there to help you when you want to use it and you can choose to cycle whenever you want as well. This makes longer riding options more available as well as you don’t always have to use your battery. You also don’t always have to cycle. You can switch back and forth easily throughout any ride. 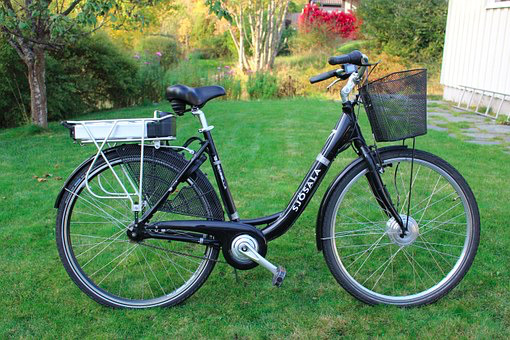 There are also cons to choosing to use electric bikes. Listed here are several of the cons that may dissuade you from purchasing an electric bicycle:

Even with the lightest battery options, the battery does add weight to your bicycle. This is something to consider when wanting to use it for a workout as well. You may struggle more cycling up that hill if the battery runs out and your bicycle is heavier.

When shopping for an electric bicycle, then you are going to pay far more than you would if you purchased a regular bicycle. However, if you price shop and look around, then you may find a great deal on an electric bike, which helps with this con.

As you can see the pros of choosing an electric bicycle far outweigh the cons. However, it is important to weigh out both the pros and cons of this big decision. It is always a great idea to test out a few electric bicycles and to do your online research while making the decision to go electric.